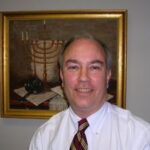 Marc, his wife Lisa, and their two sons have been members of the Schaarai Zedek for nearly thirty years. Both of his sons grew up in Schaarai Zedek, having gone through Religious School to Confirmation and Bar Mitzvah in the congregation. Marc’s wife Lisa was previously on Schaarai Zedek’s Board of Trustees and active on several committees.

Marc is thrilled to be a part of the executive leadership for Congregation Schaarai Zedek, not only because it is a wonderful avocation but because “I have seen Schaarai Zedek do so much for my own family. I want to help support and build the congregation so it can be a wonderful resource for all Reform Jewish families just like it has been for us.” 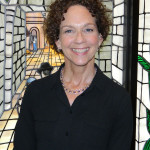 Donna and her family have been congregants since 1994, and both she and her husband Tom served on the Board of Trustees. Their (now adult) children had their bar and bat mitzvah and were confirmed here.

Donna received her bachelor’s degree in education from the University of Wisconsin and her law degree from The University of Toledo. She lives in Carrollwood with her husband and their Golden Retriever, Sam.

Lindsey Dewey, Director of Youth and Family Engagement and Outreach 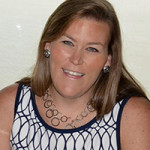 Lindsey Dewey has served as the Youth Director at Congregation Schaarai Zedek since 2009. Her passion for informal education began as a child at summer camp and continued to grow and develop as an active member of NFTY-Missouri Valley during her high school years. Before joining the Congregation Schaarai Zedek community, Lindsey served as a Youth Director in Charlotte, North Carolina, Atlanta, Georgia, and as the Regional Advisor for NFTY’s Mid-Atlantic Region, based in Washington, DC.

Lindsey received her Bachelor’s Degree in Religious Studies from the University of North Carolina at Charlotte and her Masters Certificate in Nonprofit Management from The University of Tampa. 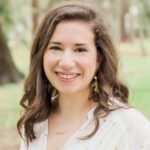 Amanda Fleischbein is our Religious School Director. She met her husband, Dan, at a Schaarai Zedek 20s+30s event and is thrilled to be part of the staff. Much of Amanda’s early childhood was spent in the synagogue where her father was president, cementing her love of Judaism. In college, Amanda participated actively in Hillel and found a new appreciation for Jewish education as a religious school teacher.