A Look Back at 2020 with Washington Post Executive Editor and Schaarai Zedek Alumnus, Marty Baron

In addition to looking at this unforgettable year from the perspective of the executive editor of one of America’s most respected newspapers, Marty will also talk about his time at the Boston Globe (featured in the film Spotlight) and how his time at Schaarai Zedek and his Judaism has impacted his work.

Martin “Marty” Baron became executive editor of The Washington Post on January 2, 2013. He oversees The Post’s print and digital news operations and a staff of more than 800 journalists.

Newsrooms under his leadership have won 17 Pulitzer Prizes, including ten at The Washington Post. The Post, during his tenure, has won four times for national reporting, twice for explanatory reporting and once each for investigative reporting and public service, the latter in recognition of revelations of secret surveillance by the National Security Agency.

Previously, Baron had been editor of The Boston Globe. During his 11 ½ years there, The Globe won six Pulitzer prizes—for public service, explanatory journalism, national reporting and criticism. The Pulitzer Prize for Public Service was awarded to the Globe in 2003 for its investigation into a pattern of concealing clergy sex abuse in the Catholic Church, coverage portrayed years later in the Academy Award-winning movie “Spotlight.”

Prior to the Globe, he held top editing positions at The New York Times, the Los Angeles Times and the Miami Herald. Under his leadership, the Miami Herald won the Pulitzer Prize for Breaking News Coverage in 2001 for its coverage of the raid to recover Elián González, the Cuban boy at the center of a fierce immigration and custody dispute.

His honors include Editor of the Year by the National Press Foundation (2004), the Al Neuharth Award for Excellence in the Media (2017), the Reporters Committee for Freedom o

f the Press Award (2017), and the Award for Public Leadership from the University of Pennsylvania’s Fels Institute of Government (2016). In 2012, he was inducted into the American Academy of Arts and Sciences. He is the recipient of honorary doctorates from George Washington University, George Mason University, and his alma mater, Lehigh University.

He began his journalism career at the Miami Herald in 1976, serving as a state reporter and later as a business writer. In 1979, he moved to the Los Angeles Times, where he became business editor in 1983; assistant managing editor for page-one special reports, public opinion polling and special projects in 1991; and, in 1993, editor of the newspaper’s Orange County Edition, which then had about 165 staffers.

In 1996, Baron moved to The New York Times; he became associate managing editor responsible for the nighttime news operations of the newspaper in 1997. He was named executive editor at the Miami Herald at the start of 2000.

Born in 1954 and raised in Tampa, FL, Baron speaks fluent Spanish. He graduated from Lehigh University in 1976 with both BA and MBA degrees.

As we join with our community in observing Dr. Martin Luther King, Jr. Day, we will be joined by Yvette Lewis, President of the Hillsborough [...]
More Info
Join us as we continue the weekly journey through the Torah! https://zedek-org.zoom.us/j/3331022972?pwd=WDcxblZnQzhPby80amsrYkYwRjBQdz09 Meeting ID: 333 102 2972 Passcode: rabbiweiss
More Info
More Info
Keep Tampa Bay Beautiful Park Cleanup Join fellow congregants to help pick up litter on Sunday, January 15, from 9 am until noon at Davis [...]
More Info
Join Rabbi Weiss as take a look at the world of mussar, a centuries-old Jewish approach to finding moral principles and building personal virtues. Take [...]
More Info
Did you know that the average age of entry into sex trafficking of survivors Selah Freedom has served is 12-14 years old? You can help stop [...]
More Info
Jews in Jazz History: A Rich Heritage Dr. Jeffrey Benatar, Assistant Professor of Music at Florida Southern College, presents a lecture-recital highlighting Jewish Jazz composers, musicians, [...]
More Info
Are you looking for more from our Schaarai Zedek community and do you have more time flexibility during your day? We are looking for feedback [...]
More Info
Ahoy mateys! Just in time for Gasparilla, join us for our Pirate Night Tot Shabbat. Wear your best pirate garb! Tot Shabbat is an interactive Shabbat [...]
More Info
Join us for services and dinner as we welcome Federation’s IMPACT program. IMPACT is a community of young adults who share a commitment and passion [...]
More Info

The Tampa JCCs & Federation’s will kick off its IMPACT Shabbat Series this January. IMPACT is a community of young adults, ages 20s, 30s & [...]
More Info
Join us as we continue the weekly journey through the Torah! https://zedek-org.zoom.us/j/3331022972?pwd=WDcxblZnQzhPby80amsrYkYwRjBQdz09 Meeting ID: 333 102 2972 Passcode: rabbiweiss
More Info
Join a congregant/certified yoga instructor in a morning yoga class. All ages and experience levels are encouraged to participate. Yoga mats will be provided or [...]
More Info
Enjoy a casual Shabbat morning service at Schaarai Zedek. We will provide bagels and you are welcome to eat during the service. Coloring books will [...]
More Info
More Info
Have a bagel and a cup of coffee at Café CSZ on Sunday morning. Join the conversation. Greet friends, fellow parents, and other congregants. Café [...]
More Info
Hebrew for YOU, taught by Cantor Deborrah Cannizzaro, is a 12-lesson course designed for English-speaking adults who want to learn to read the Hebrew prayers and [...]
More Info
We will take a bus to Busch Gardens and return to CSZ for pick up. Each participant will enjoy an afternoon together and ALSO leave [...]
More Info
Black Cake by Charmaine Wilkerson NEW YORK TIMES BESTSELLER • READ WITH JENNA BOOK CLUB PICK AS FEATURED ON TODAY • Two estranged siblings delve [...]
More Info
Join Rabbi Weiss as take a look at the world of mussar, a centuries-old Jewish approach to finding moral principles and building personal virtues. Take [...]
More Info
Are you looking for more from our Schaarai Zedek community and do you have more time flexibility during your day? We are looking for feedback [...]
More Info
For this workshop, we will be looking at communication. In addition to learning and sharing an experience with your child, we’ll be joined by parenting [...]
More Info

Shabbat Service: Join us in the sanctuary at Schaarai Zedek! You may also join from home: Watch on our Website Watch on Facebook Watch on [...]
More Info
ZOOM ONLY Join us as we continue the weekly journey through the Torah! https://zedek-org.zoom.us/j/3331022972?pwd=WDcxblZnQzhPby80amsrYkYwRjBQdz09 Meeting ID: 333 102 2972 Passcode: rabbiweiss
More Info
More Info
Have a bagel and a cup of coffee at Café CSZ on Sunday morning. Join the conversation. Greet friends, fellow parents, and other congregants. Café [...]
More Info
We will be going to Urban Air Trampoline and Adventure Park. Pizza lunch will be provided following Religious School. We will take a bus to [...]
More Info
Join Brotherhood members, family and friends for our NFL-AFC Playoff Watch Party, Sunday, January 29th, doors open at 5 PM, kickoff is at 6:30 PM [...]
More Info
Join Rabbi Weiss as take a look at the world of mussar, a centuries-old Jewish approach to finding moral principles and building personal virtues. Take [...]
More Info
Students in grades 9-12 are invited for an evening of fun and friends, dinner, and activities with other Schaarai Zedek high school students. All evenings [...]
More Info

As synagogues around the world read the story of the crossing of the Sea of Reeds from the Torah, we will be joined by the [...]
More Info
Rooted in Play will set up their pop-up adventure playground exclusively for Schaarai Zedek families with children of all ages. Snacks and drinks will be [...]
More Info
Join us on Saturday afternoon for good-old arcade fun!! SchZFTY is going to Dave & Buster's! Please arrive to CSZ around 2:30pm to take a [...]
More Info
More Info
Midday Mussar Lunch & Learn
#_TOWN
SchZFTY Hang Out Night
#_TOWN
ROMEOs
#_TOWN 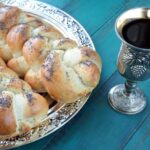